How to Lap Your CPU's Heatsink for Better Heat Transfer

This article originally appeared on the OverclockersClub.com website back in 2002.

However, I believe it's still relevant today in these times if people want to do overclocking or just ensure their CPU stays as cool as possible.

I have used this method with great success on a couple of AMD heatsinks in the past. The process dropped my temps at idle by about 3-4 degrees Celsius.

The Wet or Dry sandpaper can be at most auto parts stores and paint specialty stores too. I found it packaged where you can get 5 different grits, two sheets each, in one package.

This does take some time however. Plan on spending at least an hour or so to achieve the minimum results. One time I took a heatsink to a "mirror" finish and that took two hours. Just be patient, take your time.

One other hint is that you can substitute odorless kerosene or lighter fluid (naptha works well too) for the water and detergent. It works a little better and the process seems to go a little faster. Just be sure you're outdoors and not in the house. Wives tend to get a little miffed when you use solvents indoors.

HERE WE GO:
How to Lap a Heatsink Guide

Introduction
Most overclockers strive to push their equipment just a little bit faster; a 400 MHz overclock just isn't good enough, we want 401 MHz, and then 402 MHz... As we push our equipment faster and faster it produces more heat, this heat of course can take its toll on the electronics within the computer. Just as we endeavor for that extra 1 MHz, we attempt to battle the force of heat. A few degrees C could be the difference between life and death for our PC. To battle heat, we'll buy the best Aluminum case, the best heat sink with a 185 cfm fan, a dozen case fans, and even go as far as to use a pelter or water cooling setup. Even with the best, there is still more that can be done to help cool your CPU, GPU, system chip, and other components. It's a process known as "lapping."

Why Lap?
Due to the machining process, just about every heat sink will have a rough surface. To the naked eye it may look flat or even feel smooth, but there are microscopic groves in the surface. These groves will trap air between the heat sink and the CPU, and cause a poor transfer of heat. Thermal compound (Artic Silver, Nanotherm, etc.) is used to fill these groves and help transfer the heat from the CPU to the heat sink. Just like air, thermal compound is something else that the heat has to pass through to get from the CPU to the heat sink.

We lap the heat sink to make it smooth, allowing us to get the best possible contact between the CPU and heat sink. Even after lapping, there will still be grooves for the air to be trapped in, but the grooves will be much smaller, and cause less of a problem.
Lapping can be done on any heat sink, pelt, or water block, regardless of its material. Just keep in mind that a softer metal will sand away faster than a hard metal. 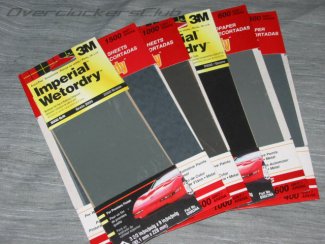 ​
[FONT=Verdana, Arial, Helvetica, sans-serif]
The sandpaper was more difficult to find that I thought it would be. In the end, I managed to find it at Napa Auto Parts and Wall-Mart. It comes in pack of four or five and cost about $3.00. [/FONT]
[FONT=Verdana, Arial, Helvetica, sans-serif]
For a flat surface, most people suggest using a piece of glass or a glass top table. I didn't happen to have any extra sheets of glass lying around, so I ended up using a sink counter top. This worked well for me, as two other needed items were close at hand: water and hand dishwashing liquid.[/FONT]
[FONT=Verdana, Arial, Helvetica, sans-serif]Time is also a very important item in the lapping process. Lapping can be done in as little as 30 minutes, but for better results it tends to take close to two hours. You will want to work slow and steady to make sure you do it correctly; otherwise you may end up with a heat sink that is worse off than when you started.

[/FONT] [FONT=Verdana, Arial, Helvetica, sans-serif]The cold beverage is a must. At least for me. I've yet to do a mod or build a computer without something cold to drink. [/FONT] 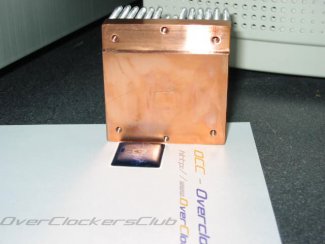 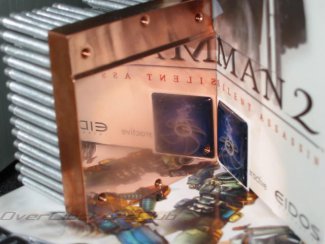 After using the 400 grit 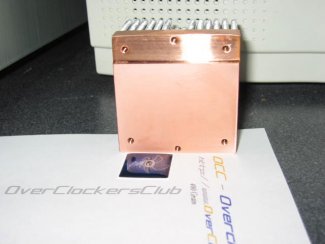 After using the 600 grit 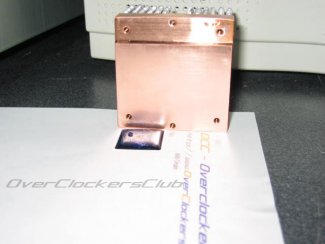 After using the 800 grit 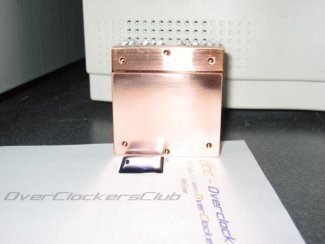 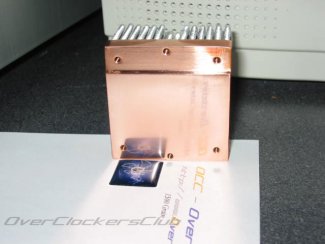 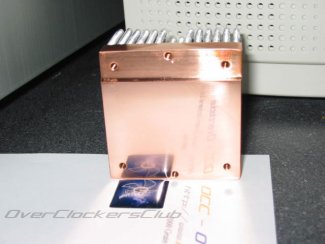 I did some very minor editing on the tutorial to make it more readable.

This process DOES work with the newer DHT cooler (Direct Heatpipe Touch). See photo below.

Just be careful when lapping these, you don't want to go through the copper pipes walls. Notice on this cooler how rough the factory machining marks are?

This cooler could definitely use a good lapping for sure!

Remember that this process removes a very small amount of the heatsink's base material, perhaps a couple of thousandths of inch at most.
(Or centimeters for our friends on the Metric system.)

Have a go at it and see what a difference it will make!

Great post, I am going to use your guide to polish a custom water blocks. I signed up to w7forums just so I could say thanks.
You must log in or register to reply here.