All "baloon" or notifications windows in my notification area are becoming blank (all white) after a couple of seconds.

I did try to update the video drivers. I have done many searches on the internet, but unfortunatly I can't find nothing about it.

I have a small screen capture video showing that bug.

Can anyone help me? Does someone having the same problem?
Ad

Where is your screenshot ?

Can't upload in here, the forum not accept AVI or MP4 files

Here is a screen shot showing the notification of "eSet NOD32": after 10 seconds, the window goes all white (see picture 2) 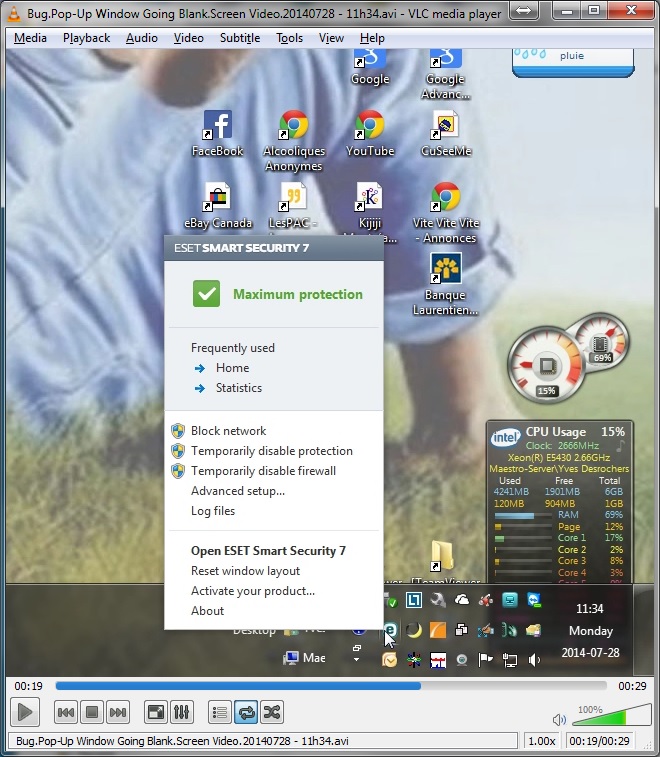 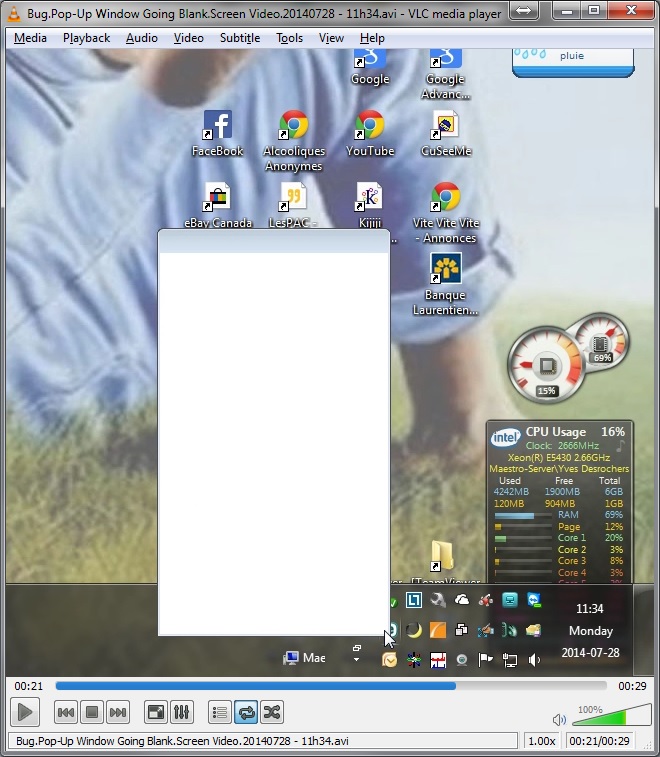 I would suggest that you keep an eye on the temperature of the video card. Use hwInfo portable version (HERE), that way you don't have to install anything, unless you want to.

In another thread, a fellow had a R9 290 and he found that the best stability was with the 13.1 driver. The older drivers can be found HERE on the AMD website.

I would suggest that you uninstall all the AMD driver software and don't re-install CCC (Catalyst Control Centre), just install the driver.

Sorry, I forgot to mention, please turn off any overclocking.
Ad

The video card is not overclocked. And the problem exist even if the computer just booted up and is cold. So, I'll try your suggestion of going back to drivers version 13.1

Have a look in the following locations for any crash dump files:
c:\Windows
c:\Windows\Minidump
c:\Windows\Live KernelReports\WATCHDOG
You must log in or register to reply here.