What was the first operating system you ever used?

The very first one for me was the BASIC OS on a Spectrum 48k. The dizzy series of games was so much fun!

But, I was using the original IBM PC at work which ran on DOS 1.0! Graphics and a clock were extras!

First OS for me was BASIC. My first home computer was the Commodore Vic20

Erm, BASIC is a programming language, not an Operating System!

We've all get to start somewhere It just makes me feel old :lol:

I tried a spectrum emulator (which works online) to play some of the old games that I've missed:

So long ago I must admit forgot most things

Can't remember the OS on it, tended to mess around in their Basic programming language most but first home computer i had was a texas instruments TI-16

my first os was the dreaded, windows 95. with full on basic windows games. there games havn't really changed since then, it still had solitaire etc.

Probably about a year or so before I got my Commodore64, I had a Texas Instruments TI-99A. It was great. It had video games and everything. I also had a standard cassette tape recorder for it which would save and load software. You could actually hear the thing making like old-skool AOL modem sounds to do its thing... 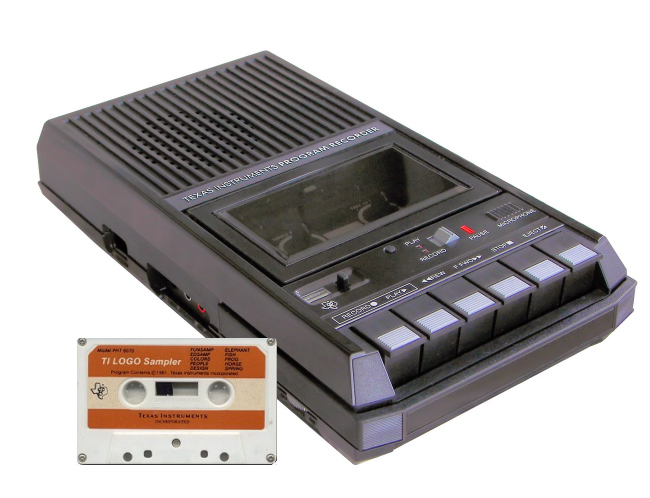 ...which was very much a predecessor to Windows and acted like it.
Ad

My first computer was the ATARI 520 ST

My first "operating system" only just qualified, I think. It was on a ZX80, which I built myself from a kit. Like the other posters, my memory is vague, but it ran with a basic incorporated system. You could load up a fantastic 2 kbs of ram in a slot. All the keys were programmed for different functions, so the user was very limited. At that time there was a sudden rush to improve the desktop computer, so I quickly abandoned that.
Next came the good old Commodore. Again it did not need an operating system, but you could load one up. At that time, digital research were pushing there operating system. (CP/M).
At that time, I was pushed into setting up a computer system in my workplace. We bought a bunch of PCs, with Digital research. Within weeks, Bill Gates came into the picture for the first time wit MsDos, which his very small team had (re) written from the digital research OS.
I am certain it was version 1.0?? It was a little confusing for us newbies, because Gates was also working with IBM on something called IBMDos, (I think that was the name). Both systems appeared to be identical. Oddly, in reference to pirating, I was working at the time in the Middle East. I do not remember paying to buy a machines, with Dos as an extra. The two came together. But that could well have been a local national phenomena.

I started out on the Coleco Adam. The Coleco Adam was an addon to the ColecoVision. After they went bankrupt the computer died and so did my computer experience for a couple of years. Next computer was the 286 with Dos 3.0, if I can remember correctly.
Ad

Win 2K Pro was my first personally owned OS, got it fairly new in the late summer of 2000. It was on a fairly new notebook that I bought at a bankruptcy auction, a Dell C600, as I remember. A couple of years later, I stepped up to XP Pro on that same notebook.

Win 2K was great for it's time, and speaking of it's time, it's about to expire in July. I did use other OS's on my job much earlier than this, but never saw the need to buy until a friend (my former boss) invited me to go to the auction with him. There were 40 of those notebooks, all still under factory warranty. I walked away with one for $500, a great sum at that time, but still half the cost when it was new. Not a scratch on it, either. But to get internet, you had to buy one of those cards that slide into a groove made for it, in fact, I still have a couple laying around, and they work. But it was the "b" connection, and slow. However, it was considered big to have a notebook at that time, especially a business one.

Oh, and that damn ribbon based printer to go with it. There were some that had inkjet, but they were expensive in 2000. The company that I worked for upgraded theirs, and I managed to get one of the older ones. They were actually meant for route trucks, and to use inside the office, there were 12 volt adapters to run them. And then the box of paper with those tracks, that were actually duplicate copies, I could get all of that I wanted for free, along with those rebuilt printer ribbons. Those were the days.

And when I said those were the days, they truly were. I was well looked out after by my boss, many of our customers (I ate for free at many fine establishments), and by the company that I worked my heart out for. Going back that far in time, having a successful career, plenty of money, a nice home, a nice truck, a happy life, brings water into my eyes. Today, all of those things are gone, my home & truck lost, as well as my health. It was my back then, last week I went to the doctor, my hands are becoming numb and going to sleep, as well as headaches. Now my neck is in the shape that my back was in in 2006. I'm not on here as much as I once was, I'm having trouble typing, partially because of meds (recently Demerol was added to my cocktail of drugs), partially because my hands can barely hit the right keys sometimes, I make heavy use of the spellchecker. I want to be useful, but my mind is so clouded by the extensive use of narcotic drugs, and now the nerves in my neck is adding to that cloud. I can't endure much more of this. It takes me sometimes over an hour to make a post now.

Sorry to disrupt the thread, I used to post a lot more to help others here, but am getting to the point where I can't half think, through pain and confusion. There's nothing that I like better than giving help to others, if I can. It kept me driving. But now my body is being sacked again, and to make matters worse, my doctor has advised me to turn my driver's license in, and hand the reins over to my wife. That doesn't sound promising at all. I have to go for now, I can't stand to do anything right now. Bless you all, this has been a fine home for me. I'm going nowhere, but need to rest badly, the slighest task is bothersome now. I'll be back again.

Cat
You must log in or register to reply here.