Hello Shintaro,
Can you check why I am getting this error in the Event Viewer every time I use Format Factory to convert files? 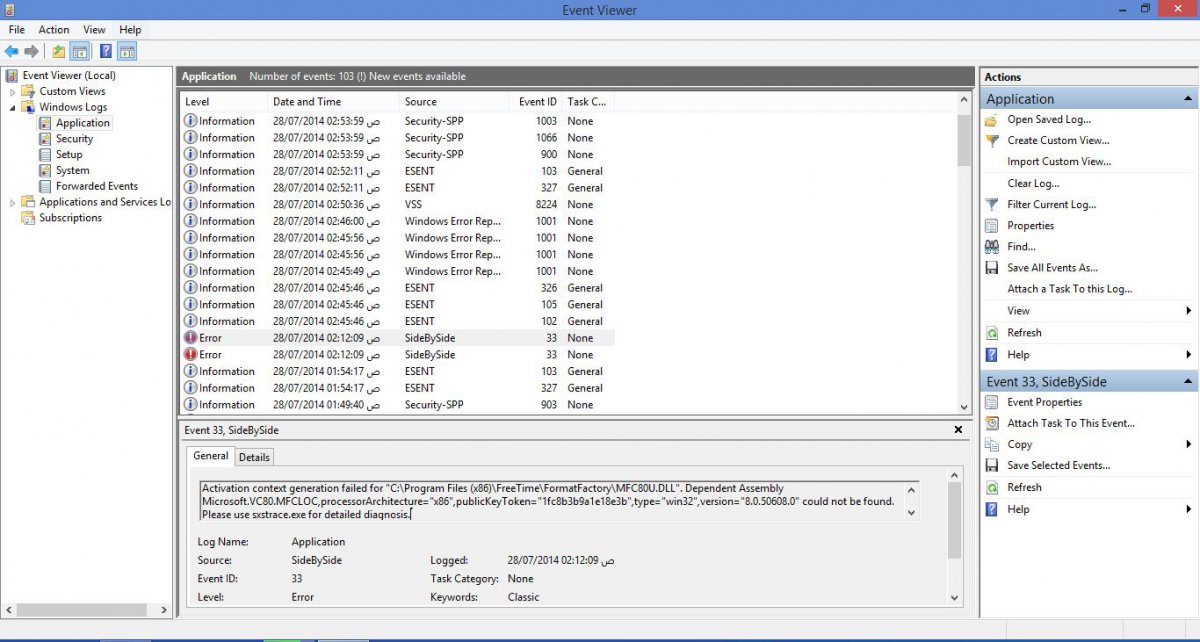 Do you have Windows 7 SP1 installed?

If you still get the error install the Visual C++ redistributable package from Microsoft HERE.

I installed it and still getting the error,
However I installed this "Microsoft Visual C++ 2005 SP1 Redistributable Package" from this link
www.microsoft.com/en-us/download/details.aspx?id=5638
And the error gone.

Can I ask a question please?
Does installing many versions of Microsoft C++ cause BSODs like AVs do?
Right now I have 3 versions installed. 2010, 2008 and 2005.

When people build applications using the programming language C++, they use system API (Application Programming Interface) call(s) that may be specific to a version of the Microsoft programming library. Sometimes, Microsoft changes the way that the API is used between versions, that is why programmers lock their program to a specific version of the Runtime. In this case it appears to be specific to Visual Studio 2005.

I was hoping the 2008 version would have solved the issue, but you found that the 2005 version was required. Most programs have the redistributable as part of the program install, so you never have to worry about it. But appears that Format Factory doesn't.
B

Thank you Shintaro for giving me the attention to download a different version of Visual Basic Redistributable Packages. Without your help of course I wouldn't have even thought of trying to download this 2005 version.
Ad

I got an error again.

I would suggest that you uninstall Malwarebytes then re-install it.

HERE is the instructions on how to do that.
You must log in or register to reply here.