Many Windows 7, Windows Server 2008 and Windows Vista Users face some odd issues that are occurring sometimes in their system.These bugs are not typically fixed via Windows Update,Instead Microsoft offer Hot fixes which should only be applied to systems experiencing the specific problem. So if you are not affected by any of these problems, you should not apply them, just hang out for a service pack. 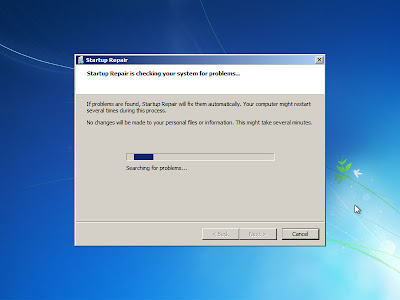 ​
Here are the four most prominent issues, listed in order of decreasing severity.

This first issue occurs when the computer crashes after it runs for some time, with the user seeing the following BSOD (the four parameters vary depending on the computer):

Microsoft explains that the issue occurs because Power Manager opens an Advanced Local Procedure Call (ALPC) port and closes another port instead of closing the ALPC one, resulting in a successive memory leak, leading to an eventual crash. here is the Hotfix provided by Microsoft.

2. Windows Displays Blank Screen And Mouse Pointer Upon Wake
While this issue isn’t to problematic, it can be annoying. This only affects laptops and netbooks but also affects Windows 7, Windows Vista, Windows Server 2008 R2, or Windows Server 2008.( KB958685 ) Say you put the computer to sleep while the lid is open and then close it after it has gone to sleep. When you go to wake it up again, Windows resumes but you only see a blank screen and a mouse pointer until you provide some user input such as a keystroke or mouse click. This issue is meant to be addressed in an update soon enough but there is also a Hotfix available here.

3. When You Use A USB Storage Device It Becomes Unresponsive
This issue only occurs with Intel 5 and 3400 series chipsets and a copy if either Windows 7 Home Premium, Professional or Ultimate and when the USB device has pending control and bulk traffic. The iPhone is mentioned as a culprit in KB978789 . Basically what happens is the Platform Controller Hub gets all confused and can’t determine which traffic has priority. As a result it stops responding, however this only affects a limited number of USB devices.
Microsoft don’t have a solution for this issue as of yet and say that you should contact the manufacturer of your Motherboard and get information on how to update your BIOS.

4. Microsoft Rebound Becomes Unresponsive On A Touchscreen Computer
This finally issue isn’t exactly a deal breaker but it may affect some of you. It affects all copies of Windows 7 and occurs mainly in Quad core machines with Multi touch. Basically all that happens is the Microsoft Rebound game becomes unresponsive when you try to launch it.Microsoft are at fault here so a hotfix is available from here

Thank you for this very useful thread. I hope a lot of issues being posted regarding BSOD's will be resolved as a result.
Ad

When I used to have Windows 7 installed on my laptop I had problems with putting the computer to sleep. For example most of the time it occured after I remove a flash drive when it was sleeping, when I open the lid back up all I get is a black screen and yet the powerlight was on and everything.

When I closed the lid back up it would not go back to sleep. I have the SVP and HDP set so the only way I learned to fix the problem was to keep entering an invalid password in till the computer went into sleep mode again, then when I close and open the lid its fine again. I don't have this problem when using other operating systems.
You must log in or register to reply here.