As per my previous thread here, I addressed my BSOD problem back then by removing some drivers that TorrentG suggested that I remove and manually adjusting my RAM voltage in the BIOS settings. I have enjoyed almost two months of BSOD-free computing with my PC until recently I got them again. Now with some games (like World of Warcraft), I'm experiencing the occasional BSOD-after-exit thingy. So yeah...help?

-The BSODs started around two weeks ago when I installed Need For Speed Hot Pursuit. There are times (not always) that I'd get a BSOD after exiting the game.
-The most significant changes that I have made were installing Need For Speed Hot Pursuit and The Sims 3.
--I recently did a reformat but I tried to make everything 'clean' as I installed the drivers and stuff. Went ahead and viewed my previous thread here following TorrentG's suggestions when I was setting up Windows 7 and the drivers. The reformat happened for quite sometime before I installed the two games mentioned and during that time, all I was playing were Starcraft 2, Mass Effect and COD Black Ops and I haven't had any problem with those games nor did I encounter a BSOD during that period.
-I started using my 9-year old Microsoft Sidewinder Plug & Play gamepad to play Hot Pursuit with. 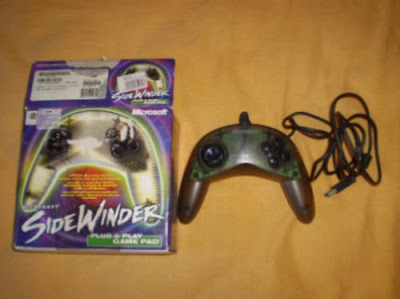 For some reason, the gamepad is actually my prime suspect for the BSODs though I'm not sure how.

unfortunately these dumps seem to be pointing to a memory problem. Try testing each stick individually using the app found here:

Please remember to test one stick at a time.
You must log in or register to reply here.